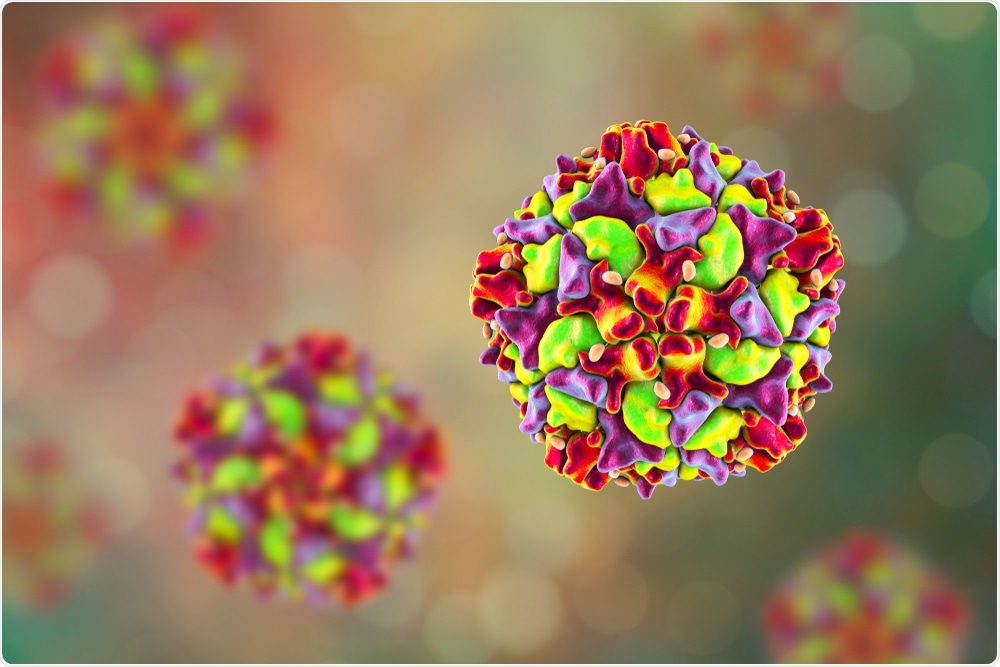 An indentation on the surface of the viruses that cause a multitude of illnesses, including the common cold, has been discovered. Scientists believe this vulnerability marks a weak spot on the viruses that antiviral medications could target to administer effective treatment for colds and polio, among other illnesses.

Using cryo-electron microscopy, researchers found a vulnerability on the protein shell of an enterovirus when testing antiviral compounds on lab-grown cells. Enteroviruses are part of the large family of viruses called picornaviruses that also include rhinoviruses.

Picornaviruses can cause hand, foot and mouth disease along with conjunctivitis and hepatitis, among other illnesses, while enteroviruses are responsible for illnesses such as meningitis, encephalitis (inflammation of the brain) and polio, and are transmitted via direct contact with secretions such as saliva or mucus from an infected individual.

Rhinoviruses are the most common infectious viral agent in humans, growing in temperatures often found in the nose, and is responsible for causing the common cold. Rhinoviruses also contribute to asthma.

Unfortunately, there are no antiviral medications that can treat or prevent rhino- or enteroviruses.

The study explains that capsid binders are the best-studied type of medication, which operate by fitting into a hydrophobic pocket in the virus particle and stop it from interacting with the host cell. However, capsid binders are not infallible, and some are not effective against certain types of enterovirus or rhinovirus.

To proliferate, viruses have to interact with the host cells and change shape in order to do this, and viruses often mutate very quickly in order to escape the effects of medications. The study states that researchers were able to “stabilize a key region of the virion, thereby preventing the conformational expansion needed for viral RNA release.”

Preventing the virus particles from being able to change shape and thus interact with the host cell is one of the strategies scientists have long been investigating to prevent virus proliferation.

When testing antiviral compounds, one particular compound, identified by virologist and co-author of the study Sarah Butcher, was found to bind to a pocket that was then discovered to be common among picornaviruses.

The pocket is an “excellent target for antivirals”, as explained by Susan Hafenstein, a structural virologist with the College of Medicine at Penn State. Although she was not involved in the study, Hafenstein explained that “it is essential to identify key working components” in order to find target points in the viruses for drugs to take advantage of.

The compound was then used to create a number of variants of the antiviral molecule to test against a wide range of picornaviruses. The researchers consider that the virus may mutate and make the vulnerable pocket on the protein shell resistant to the newly developed compounds.

However, they believe the indentation on the shell could still make the drug “resistance proof” by making replicated viral particles less effective.

The researchers conclude their study by saying:

We foresee the development of a future series of [compounds] with improved activity and spectrum against an important group of viruses that cause significant infectious illnesses worldwide.”

Neyts said that the results “open up a new avenue for the design of broad-spectrum antivirals against rhinoviruses and enteroviruses, both of which are major human pathogens.”

A novel druggable interprotomer pocket in the capsid of rhino- and enteroviruses. PLOS Biology. https://journals.plos.org/plosbiology/article?id=10.1371/journal.pbio.3000281.