Researchers have found that Schwann cells, a special type of cells are capable of generating protective myelin sheath covers for the nerves at rates higher than earlier believed.

Senior author Dr. Kelly Monk, professor and co-director of the Vollum Institute at Oregon Health & Science University said in a statement, “This totally overturns the textbook definition of the way Schwann cells work.” The study titled, “Myelinating Schwann cells ensheath multiple axons in the absence of E3 ligase component Fbxw7,” was published in the latest issue of the journal Nature Communications.

The researchers explain that this finding may be significant in a peripheral nervous system disorder such as Charcot-Marie-Tooth disease, there is damaged myelin and the condition is intensely painful.  They add that new gene therapy could be used to repair the damaged myelin sheath and generate new myelin to cover the nerves. One in 2,500 people in the United States developed Charcot Marie Tooth disease and could benefit from this therapy, the researchers say.

The team explains that there are two types of cells in body that are responsible for producing myelin to protect the nerves. These are – oligodendrocytes that are present in the brain and spinal cord and Schwann cells that are present elsewhere. Current knowledge extends up to the fact that the oligodendocytes are the only cells that generate myelin sheaths to cover the axons or elongated nerve cell bodies in the central nervous system and act on a one on one basis with the nerves. These axons are like wiring and carry the electrical signals between two cells. This new study revealed that the Schwann cells are just as capable of producing myelin especially in the peripheral nervous system. The authors explain in their article, “Myelin sheaths of the CNS (central nervous system) and PNS (peripheral nervous system) are broadly similar in composition and structure, and there is a large degree of overlap in the molecular control of myelination by OLs (oligodendrocytes) and myelinating SCs (Schwann cells).”

At the laboratory, Monk and his team experimented on zebrafish. On genetic screening and examination, they noted that some of the zebrafish had more myelin than others. These zebrafish were found to contain a mutation at a gene called the Fbxw7. The team then removed that particular gene in mice in their labs. The mice showed similar myelin content and this time the myelin was being provided by the Schwann cells of the body. Monk explained, “It highlights a very plastic potential for these cells,” meaning that when the oligodendrocytes fail to function, the Schwann cells are capable of stepping in. The study authors wrote, “Fbxw7 mutant SCs (Schwann cells) make thicker myelin sheaths and sometimes appear to myelinate multiple axons in a fashion reminiscent of oligodendrocytes.”

Monk explained that among the vertebrates (animals with spinal column), the jaws and the myelin producing cells such as Schwann cells and oligodendrocytes all appear almost at the same time during development of the foetus. Among invertebrates, there is no myelin sheath. Giant squids for example have thicker axons instead of myelin sheath to make transmission of the nerve signals quicker. Monk explained that to achieve similar goals, “We could have evolved that way, but our spinal cord would be the diameter of a giant sequoia tree.” 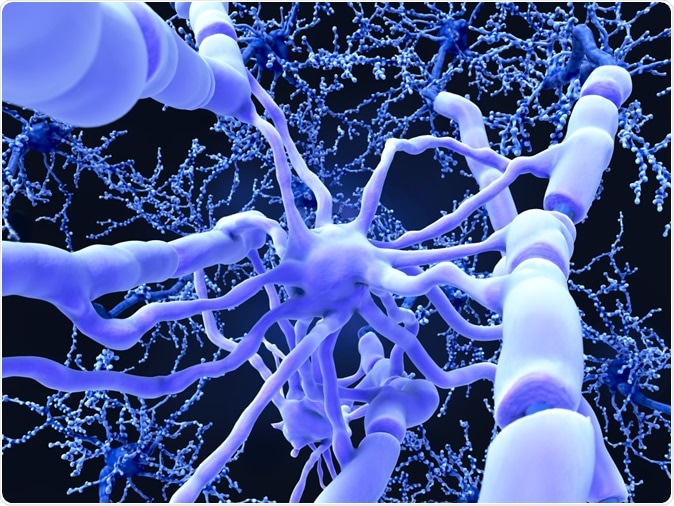 This new study however could mean that the Schwann cells could help repair the myelin of the brain and spinal cord as well with Monk saying, “Targeting the fbxw7 gene – or downstream pathway molecules – could be a powerful way to promote myelin repair in the central nervous system.”