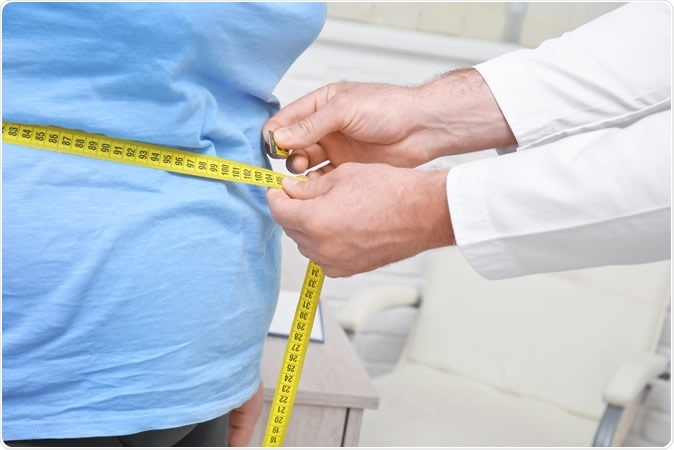 A pioneering new study suggests that babies born to obese or overweight women fail to grow properly during breastfeeding. This is possibly due to changes in the levels of certain inflammatory and hormonal molecules in breast milk that affect appetite and growth. This could mean that breast milk characteristics change with the weight of the mother at the time of conception, adversely affecting infant growth and development during the nursing period.

The study was begun in order to help find out why breastfeeding seems to protect against early childhood weight gain and obesity. This is important against a background of increasing childhood obesity in the US over the last few decades. The possibilities included maternal weight-related changes in the levels of various cytokines (cell signaling molecules), hormones and fatty acids in the blood and breast milk.

To find out, the researchers measured the levels of several different compounds in both the bloodstream and the breastmilk in two groups of women, with normal and high pre-pregnancy BMI. These included compounds linked to increased inflammation like the cytokines interleukin (IL)-6 and tumor necrosis factor (TNF)- α; hormones like insulin and leptin; and anti-inflammatory compounds like omega-3 polyunsaturated fatty acids (PUFA). They also measured infant growth parameters (infant weight, length, head circumference and percentage of fat tissue) at 4 to 8 weeks after birth.

They found that infant growth varied with the level of pro-inflammatory markers in breast milk in both groups. On the other hand, the infants of women in Group 2 (high BMI during pregnancy) did not grow as well as those in the other group during this period.

They surmised that some of these molecules in non-pregnant overweight or obese women could change some metabolic pathways in their babies from the womb. Nuss explained, “Infants who are born to mothers of unhealthy weight status may be metabolically programmed to have a less favorable growth response to breast milk. These finding suggest that women of childbearing age who anticipate having a child should consider their weight status as a potential risk factor for adverse growth outcomes.”

Group 2 (high BMI) women had higher serum leptin and IL-6 levels. This agrees with other studies. They also had higher leptin levels in breast milk. Leptin plays a role in regulating appetite, and could reduce hunger feelings in these babies, leading to their drinking less milk and thus affecting their growth. Animal studies have shown that obese mothers delivered pups who had a strong tendency to develop insulin and leptin resistance, increasing the risk of later life obesity. This could be caused by disturbances in the normal insulin and leptin pathways in the developing brain.

Both groups showed similar total omega-3/omega-6 PUFA ratios in serum, unlike earlier studies. This disagreement could be because they measured a full range of PUFAs in each category, rather than selected compounds. Unexpectedly, total serum PUFA levels were not associated with higher serum inflammatory marker concentrations or with total PUFA levels in breast milk.

Overall, however, there was no significant difference in breast milk composition in both groups. In spite of this, all biomarkers in breast milk were negatively associated with infant growth in Group 1 but not in Group 2. However, since the study covered only infants between 4 and 8 weeks, this may not be long enough to mirror growth differences in relation to the many components of breast milk.

Only 33 women were included in this study, and they were all of the same race. Most mothers were exclusively breastfeeding their babies, but eight had occasionally given other substances like cow’s milk or other fluids. Breastmilk nutritional composition was not measured. However, these limitations are counteracted by the careful measurement of multiple PUFAs in breastmilk and their effects on leptin, insulin, TNF-α and IL-6, as well as by the comparison of all three types of markers with infant growth parameters. The researchers comment, “Our findings highlight the importance of understanding the role of bioactive components of human breastmilk and their impact on the future health of infants. In particular, PUFAs, inflammatory markers and hormones known to play an important role in adiposity may, therefore, impact early infant development.”

The study was published in PLOS ONE.